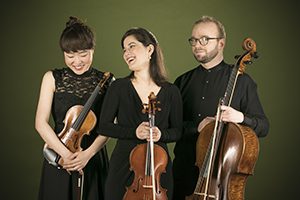 Recent winner (2016) of the first prize at the XX International J.S. Bach Competition in Leipzig, Paolo Bonomini is currently solo-cello in Camerata Salzburg.

His debut CD, Violoncello Italiano published by Genuin Classics received praise from various sources and was declared ‘record of the month’ on Fono Forum, one of Germany’s main music magazines. A review on Italian music journal Archi spoke of the “beauty and uncommon qualities” found on the CD.

He began studying the cello under the guidance of P. Perucchetti at the L. Marenzio Conservatoire in Brescia, Italy. He went on to obtain his Bachelor’s degree with the highest marks, honours and distinction. Student of Mario Brunello, Antonio Meneses and Jens Peter Maintz, Paolo has participated in masterclasses with Giovanni Sollima, Enrico Dindo and David Geringas.

He is Jens Peter Maintz’s assistant at the Universität der Künste in Berlin.

He has worked in the Symphonieorchester des Bayerischen Rundfunks and was invited as guest principal cello in the Deutsches Symphonie-Orchester Berlin, Camerata Bern and Mahler Chamber Orchestra.

These and other orchestral collaborations led him to play under the baton of Claudio Abbado, Mariss Jansons, Riccardo Muti, Daniel Harding, Herbert Blomstedt, Sir Roger Norrington and Yannick Nézet-Séguin.

Being part of the project “Tenebrae, il principe dei Musici”, Paolo has toured some of the most important Italian theatres alongside Giovanni Sollima. They include A. Ponchielli in Cremona, Teatro Olimpico di Vicenza, San Carlo in Napoli and numerous other venues.

Paolo is also the founder of the Boccherini Trio, that had its debut concert in the prestigious Wigmore Hall in London in 2016. The trio, formed by violinist Suyeon Kang and violist Vicki Powell, regularly performs in Italy and Europe. The trio is coached by Rainer Schmidt from Hagen Quartet and Hatto Beyerle, founder of the Alban Berg Quartet.

Paolo has performed many times live on Italy’s Radio RAI 3, both as soloist as in chamber music ensembles. Together with cellist Amedeo Cicchese, he forms the Duo Janigro.

Praised for her innate sensitivity and extraordinary flexibility as a musician- ‘…nowhere was violinist Kang found wanting…’ (Dominion Post, 2016), as well as her depth of understanding- ‘…incredible maturity…more than mere playing of the music but an appreciation and understanding of the possibilities of the music and brought out qualities of ecstasy, pathos and introspection. Kang’s playing at times appeared to be a human, animal or avian presence, intruding into the landscape or soaring above it.’  (National Business Review, 2015), Korean-Australian violinist Suyeon Kang secured the 1st prize and audience prize at the 2015 Michael Hill International Violin Competition (New Zealand).

Since then, she has performed as soloist with many orchestras throughout Australia, New Zealand, Europe and Asia. Her first CD was released under ABC Classics at the age of 16. Her second album was released in 2017, featuring works by Bartok and Bloch, under the Atoll Label.

In 2014 she co-founded the Boccherini Trio (String Trio), to which she dedicates a large part of her musical life. The trio have received important musical impulses from Rainer Schmidt and Hatto Beyerle, as well as from Johannes Meissl, Avedis Kouyoumdjian, Natascha Prischepenko and Günter Pichler. Several successful performances all throughout Europe and Australia have led to glowing reviews- ‘A spectacular moment of chamber-music making…from their first note, they offered such a fine, unified sound that captivated each member of the audience’ (LiveKritik, 2014).

As an orchestral musician, she has appeared in leading positions with the Munich Chamber Orchestra, Deutsches Symphonie Orchester, Camerata Bern, Ensemble Kontraste, the Euro-Asian Philharmonic, amongst others. Since 2017 she holds a post in the 14-member ensemble Camerata Bern, in Switzerland. Further appearances with the Kammerphilharmonie Bremen, the Geneva Chamber

Praised by the New York Times for her “probing introspection”, and by the Philadelphia Inquirer as “a star” with “a voluptuous tone,” violist Vicki Powell has appeared as soloist with the Philadelphia Orchestra, the Milwaukee Symphony, the Aspen Festival Orchestra, and the Wisconsin Chamber Orchestra, and has been a featured artist at the Verbier, Ravinia, Caramoor, Moritzburg, and Marlboro Music Festivals.

Ms. Powell is the recipient of a Gold Award in Music from the National Foundation for Advancement in the Arts. Other awards include Third Prize and the Sonata Prize at the 2011 Primrose International Viola Competition, as well as First Prizes of the Philadelphia Orchestra Greenfield Competition, the Johansen International Competition, and the Aspen Low Strings Competition.

An avid chamber musician, Ms. Powell performs throughout Europe with the Boccherini String Trio. She has toured with Musicians from Marlboro, Musicians from Ravinia’s Steans Institute, and Curtis on Tour, and performs with the Jupiter Symphony Chamber Players in New York City. Recent highlights include performances at the Rheingau Music Festival, Zurich Tonhalle, and Konzerthaus Berlin as well as with Christian Tetzlaff and Steven Isserlis at Kronberg Academy’s Chamber Music Connects the World. She has also previously collaborated with such reknowned artists as Mitsuko Uchida, Nobuko Imai, Arnold Steinhardt, Pamela Frank, Ida Kavafian, and Peter Wiley.

In addition to her pursuits as a violist, Ms. Powell is passionate about using music to engage communities from diverse backgrounds in order to strengthen social ties, as well as to raise awareness for humanitarian efforts across the world. As Director of the Verbier Festival Academy’s “Reaching Out” program, she helped enable musicians to harness and broaden their outreach, business, networking, and leadership skills in order to be innovative and active participants within their own communities. Ms. Powell has also collaborated with the Medair organization (relief.medair.org), which helps people who are suffering in remote and devastated communities around the world survive crisis, recover with dignity, and develop skills to build a better future.

Ms. Powell began her musical studies in Madison, Wisconsin with Eugene Purdue and Sally Chisholm. She is a graduate of the Juilliard School and the Curtis Institute of Music where she studied with Misha Amory and Roberto Diaz, and is currently pursuing studies with Máté Szűcs, Principal Violist of the Berlin Philharmonic, at the Hochschule für Musik “Hanns Eisler” in Berlin. She plays on a copy of the Primrose Guarneri by Samuel Zygmuntowicz.