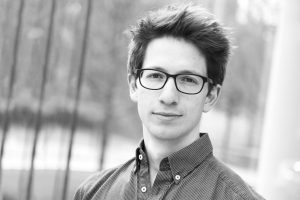 Nepomuk Braun, born on 4 April 1991 in Munich, began playing the cello at the age of eight, later studying in Vienna with Reinhard Latzko (2010-2014) and Heinrich Schiff (up to 2016). He is now a student of Clemens Hagen at the Mozarteum in Salzburg. He has taken part in masterclasses with Jens Peter Maintz and Steven Isserlis, among others. He has worked with Wiener Philharmoniker, Wiener Symphoniker and regularly with Symphonieorchester des Bayerischen Rundfunks and performed as a soloist and a chamber musician with such artists as Alexander Lonquich, Erich Höbarth, Kurt Sassmannshaus and often in Duo with his brother, pianist Aurelius Braun, at festivals like Festspiele Mecklenburg-Vorpommern, Bolzano Festival, Gustav-Mahler-Musikwochen Toblach and Festival Loisiarte and in halls like Munich Philharmonie, Hamburg Laeiszhalle, Bibliotheksaal Polling, Warsaw Philharmonic and Vienna Musikverein and Konzerthaus.